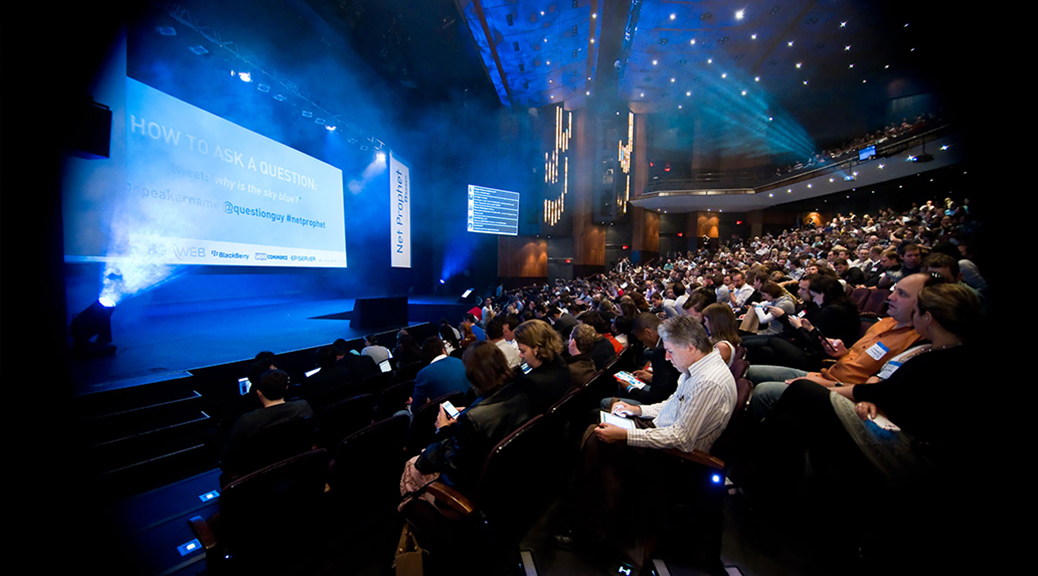 As a growing startup ourselves, we could relate to many of the challenges discussed and left feeling inspired to outgrow our own expectations of our business, after-all, if someone was confident enough to leave the golden “valley” of digital culture to get a bite of the South African market… then we need to take a serious look at what our local markets have to offer and stop trying to be Silicon Valley in Africa.

Jody Ford, VP of eBay Marketplaces, discussed the future of online shopping and well.. “offline” shopping, here are some of the facts:

“As our world keeps evolving technologically, so the way people want to shop is evolving too. According to the eBay VP, we are likely to see more change in the retail business in the next three years than has occurred in the last 10 years.”

“Retail is likely to benefit most from current technology platforms that rely on creation of consumer service and demand. He reckons that consumers are deciding how technology is being used rather than the creators.”

“Mobile is changing everything. It is our remote control for our lives,” he says.
“People don’t like being disconnected from their mobile, it is an intimate device.”

What do we understand about users and their devices?

The average user checks their devices 40 times a day, for at least two minutes. People check in, they reach out to other people. They also want to get the news and current affairs. There are three key things that people are using their devices on a daily basis: gaming, shopping and life management.

“These are things that people are doing everyday with their phone,” says Ford.

What does it mean for retail?

Retail used to be a once-in-a-while event, argues Ford. Then the desktop was introduced, online shopping began to creep in during lunch breaks. Now it is the age of mobile and there is an opportunity to shop 40 times day.

“In the world of mobile you have to try and sell to people 40 times. How do you produce engaging content to be relevant to all the other pieces of content?”

The beginning of e-commerce and the world of online shopping started with the early adopters and niche products, which were expensive and clunky. Then there was the time of selection and availability with improved onsite experience and value competition.

Then it was end to end service — where people expect better service online than offline. Now we are in the age of online/offline crossover shopping: people buy online and pick up in store.
“This trend is fundamentally shaping how retail will evolve in the next five years. People want what they want when they want it.”

The future is… in-store pick ups connections and offline retail

According to Ford, three key things will shape the future of shopping: in-store pick ups, connecting users to products close to them and offline retail.

“eBay has worked with larger retailers such as Best and offer free in-store pick up. You can also buy from other sellers and pick it up from Argos, a UK retailer.”

The service has also launched eBay Now, a real-time service that connects consumers with products around them and the ability to deliver it immediately.

The idea of offline retail is giving users the ability to buy something online in an offline setting. “An interactive store front that allows users to shop and get products delivered to them within moments in the same location,” explains Ford.

For him, the key lessons for eBay around the future of shopping is that consumers love to control things, the way they buy and how they get it. For retailers it is the technology: retailers want to find ways to partner to create great experiences for their consumers.

One speaker that stood out for us was founder of Quirk, Rob Stokes…. we thought his advice was worth sharing with our fellow emerging Startups:

Surround yourself with people better than yourself

Stokes reckons that hiring people who are better than you give you  a better chance at success, but we are limited by fears of their skills. Rob himself admitted that by doing this himself, had allowed him to be a better founder and this has worked exceptionally well for the betterment of the business at the end of the day. Rob said that changing ones fears about doing this will largely benefit your business.

When it comes to starting a business or rolling out a product, it really is all about timing. Rob reckons that the problem with most entrepreneurs is that they think they are ahead of their time, which is useless if you are selling something that no one is buying.

“The right time is just hard to predict,” he says.

There is no point trying get people to do what they can’t or aren’t good at. Rob thinks that it is better for entrepreneurs to find people with strengths different from your own and play to those. This also has to do with identifying your weaknesses as well as the team’s and filling in those gaps.

If you are going to do something, commit fully

Starting a business is hard enough, if you’re not going to give it your full go, you’re going to get nowhere. When it comes to running a business, it is better to commit fully to it. For Rob, this meant hiring someone in London who could help its London office rise to the next level through business development.

Be generous with your knowledge

The best piece of marketing for Rob was giving away knowledge through its e-marketing textbooks that have helped educate a rapidly growing industry.
“Find out what you’re good at, share it with the world, and you’ll reap the rewards,” says Rob. He believes that if people are generous with their knowledge it will come back to them as business karma.

You need luck, it happens through perseverance

“There were so many times that our business almost died, but it was that perseverance that kept us in the game and bringing out that luck.”

Make yourself saleable, even if you are not for sale

Before the WPP deal, Rob had been flirting with some interested buyers but never really took their offers too seriously. According to Rob, he had to think about what would happen if he did decide to sell, so he got sell-ready. He reckons that all business need to make themselves “saleable” even if they aren’t looking to sell, because when things change, it makes the process that much simpler.

Building companies or innovating within an existing company is not a very good idea. More often than not the new innovation suffers and bows to the whims of the established business. According to Rob, the best thing he ever did for in-house innovations was to spin them out into their own independent business that didn’t have to answer to Quirk.

In an industry that is ever-changing, you have to ask yourself what your future is.

Rob advises loving change, especially in the tech space. He concedes that in most bigger organisations, change is a little harder but it is necessary to surviving the changes that tech and the world of business brings about.

And lastly, our favourite piece of advice:

In the world of innovation, no one will do it if everyone is sitting around waiting for someone to build it. Rob references the mystical “they” that we are constantly asking to build some piece of technology or platform that we feel we need.

“Bitcoin is the most intellectually interesting development in the last two years,” said Julian Assange.
Usually, we need laws to establish and enforce the way financial transactions take place, but Bitcoin is changing that. Cryptographically enforced agreements, like the ones coming out of Bitcoin, are different from the norm in as much as the code behind them enforces how transactions are done.

Assange, who is still being granted asylum at the Ecuadorian embassy in London, suspects that in the next few years we’ll see a level of innovation in financial services that far outstrips those of the past. The way he sees it, the current traditional model of the finance industry isn’t working and Bitcoin is disrupting it in a good way.

One benefit is that there is no regulation, because it is all done through computation. Financial services running over the top of cryptographic protocols such as Bitcoin therefore tend to evolve and innovate incredibly quickly.

Assange said that when it comes discussing innovation within the finance industry, we must understand that what we are talking about is the interaction of finance. He explains this concept as “the abstraction of relationships”.

“What we are talking about is the interaction of finance: the abstraction of relationships between organisations and individuals and the quantifications of those relationships.”